Leider ist der Ton der Rede sehr schlecht, weshalb ich mein Bestes getan habe, seine Aussage hier zu transkribieren, damit du deine Ohren nicht so quälen musst, wie ich es mit meinen getan habe.
Unfortunately, the audio of the speech is very bad, so I did my best to transcribe his message here, so you don’t have to torture your ears like I did with mine.

And I’d like to begin this discussion, this presentation with an outrageous statement:

In my opinion we all acquire language the same way.

Well, each of these examples I gave you is probably correct. There is individual variation and there’s quite a bit of it. Nevertheless there are some things we all do the same.

Let me give you some examples.

Anyway we all acquire language the same and rather just talk about it, I’d like to show you, I’d like to take just a couple of minutes and give you some sample language lessons. A usual language that I’m sure you’ve heard before and maybe some of you speak and you can tell me which these two very brief lessons you like better.

What do you think of the lesson so far?

Here’s lesson number two (@3:19) and for this you have to watch me carefully.

If you understood lesson number two, not every word but more or less, I did everything necessary to teach you German.

And now I’m gonna share with you the most important thing I have learned about language, probably the best kept secret in the profession:

We acquire language in one way and only one way. When we understand messages.

We call this comprehensible input. We acquire language when we understand what people tell us, not how they say it but what they say. Or when we understand what we read. Comprehensible input in my opinion has been the last resort of the language teaching profession. We’ve tried everything else: We’ve tried grammar teaching, drills and exercises, computers etc.

But the only thing that seems to count is getting messages you understand, comprehensible input. Now one of the reasons lesson number two was better than lesson number one is we had Mr. Spock to help us out. So anything that helps make input comprehensible (pictures, knowledge of the world, realia etc.) helps language acquisition.

On the other hand, if we were a German class and we could hang together for a couple of weeks, say an hour a day of German, and I could keep the input light and lively as in the second example, you’d start to acquire German. It would come on its own and eventually you’d start to talk. Your speaking ability would emerge gradually. Now, we have a lot of evidence that this is true and the evidence is in the professional literature, in books and journal papers etc. and if you’re an insomniac you’re welcome to look at all that.

But rather than go through that, I’d like instead to tell you a story that illustrates the same point. I’ve used the story for a long time so those of you who have heard it before… I’ve been using this for about 15 years and the reason I stay with it is that it makes the point very well and I’ve discovered it’s just about a universal experience. What has happened to me has certainly happened to you. And bear in mind if you’ve heard it before and you’re tired of hearing it, think how I feel.

My experience took place in 1974 when I was briefly living in exile from California working at the City University of New York at Queens College as director of English as a second language. And like everyone else in New York, we lived in a big apartment building. And the apartment next door to us was owned by a Japanese company and every year there’d be a new family in the apartment. And every year there were the children who couldn’t speak English.

And there I was: director of English as a second language. I will teach English to these children and brag about it to my friends. So I remember going up to the little girl next door. She was four years old, her name was Itomi, and I didn’t know about this material on language acquisition then, nobody did. And I thought then the way you get people to acquire language is you get them to practice talking.

So I’d try to get her to talk.

No matter what I said, Itomi wouldn’t speak.

Actually that’s not entirely true. Children during this stage do pick up certain expressions from the other children in the neighborhood. It’s not real language, they understand approximately what they mean. Again, it’s not real language, they have a rough idea what it means. They use it in roughly appropriate situations: things like “leave me alone”, “get outta here”. In fact one child I knew, the only thing he could say was “I’ll kick your ass”. He said it everywhere, wasn’t quite sure what it meant.

After about five months Itomi started to speak and several things were interesting about her language.

The question is this: What was going on during those five months? She was listening. She was picking out comprehensible input.

When she started to speak, it was not the beginning of her language acquisition. Let me repeat that:

When she started to speak it was not the beginning of her language acquisition. It was the result of all the comprehensible input she had gotten over those five months.

Now a silent period for a child in a situation like this is not pathological, it’s normal. It’s what you’d expect.

You’d like to have a silent period, wouldn’t you? How would it be if you had to study another language, but you went to a class were you didn’t have to say anything. Doesn’t that sound wonderful? You can talk all you want, you can raise your hand, you can volunteer. But no one’s gonna call on you, no one’s gonna put you on the spot.

Also in this perfect class if the input is incomprehensible, it’s the teachers fault, not yours. That’s how we’re doing it now and the results we’re getting aren’t a little better than other methods – they’re actually much, much better.

Before I leave this topic let me put in a brief commercial message for speaking. I’m not opposed to speaking, I think when students speak it’s fine. But what counts in speaking is not what you say, but what the other person says to you. In other words, when you get involved in conversation, what counts is the input that you can stimulate from other people. So I’m in favor of student speaking, but we have to understand it makes an indirect  – a helpful – but indirect contribution to language acquisition.

This has happened to you: Have you ever been in the situation speaking the language that you may not speak very well when the conversation gets so interesting you temporarily forget that you’re using another language? If this is happening to you, that’s when you’re acquiring. When your focus is completely on the message, what the other person is saying and your anxiety is temporarily gone.

By the way, as an important footnote to this (I guess today we say sidebar), as a sidebar to all this: I’m not sure that 0 anxiety is right for everything. I’m sure it’s good for a lot of things. But I’m not quite sure how far to push this. Speaking to you as a college teacher, speaking to you as a parent, I’m not all that free and easy. I think they’re certain things in school children absolutely must learn. I think my students at the University of Southern California should suffer. We have hard classes, tough requirements, you don’t do the work you’re out.

I finally learned what they tried to teachers and educational psychology: The amount of drive or anxiety necessary to accomplish a task depends on the task. Sometimes what we call facilitated anxiety is OK. I don’t believe in torture, but sometimes a little anxiety is OK. Language acquisition though, is different.

For language acquisition to succeed, anxiety has to be directed somewhere else, not at the language.

Frank Smith put it this way: For the child to develop literacy, the child has to assume that she’s going to be successful. The way we integrate this into the theory is like this: If a student

he may understand the input but it won’t penetrate. It won’t reach those parts of the brain that do language acquisition. A block keeps it out.

We call this block the affective filter. Here’s how it works: somewhere in the brain, Chomsky tells us, is a language acquisition device. Our job is to get input into the device. So that’s input here. Low motivation, low self esteem, high anxiety: the block goes up, the filter goes up and the input cannot get in. This explains how it can be that we can have two children in the same class, both getting comprehensible input. One makes progress, the other doesn’t . One is open to the input, the other is closed.

Let me now try to summarize everything I’ve said in the last 10-15 minutes or so and I’ll summarize it in one sentence and you will wonder why it took me that long.

We acquire language in one way and only one way: when we get comprehensible input in a low anxiety environment.

You can unsubscribe at any time. No spam, guaranteed.

Previous Post: « Interview with Alberto from Italiano Automatico – His Top Motivational Tips!
Next Post: Why I Am Scared »

This site uses Akismet to reduce spam. Learn how your comment data is processed. 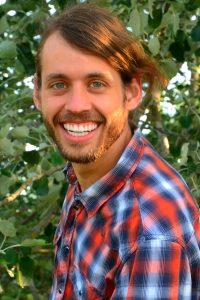 Join thousands of German learners by joining my newsletter.
Simply write your name and email in the fields below to get daily German learning tips.
You'll get daily tips about learning German and even some inspiring content about personal development!

You can unsubscribe at any time.
No spam, guaranteed.

Want to learn German effectively?
Then the AGL Academy is for you!
Click here to check it out!

You can find us on these fine social media platforms.

Join thousands of German learners by joining my newsletter.
Simply write your name and email in the fields below to get daily German learning tips.
You'll get daily tips about learning German and even some inspiring content about personal development!

You can unsubscribe at any time.
No spam, guaranteed.

Join thousands of German learners by joining my newsletter.

Simply write your name and email in the fields below to get daily German learning tips.

You'll get daily tips about learning German and even some inspiring content about personal development!

Success! Now check your email to confirm your subscription.